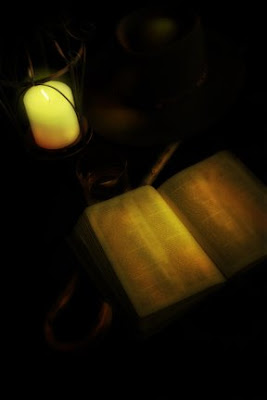 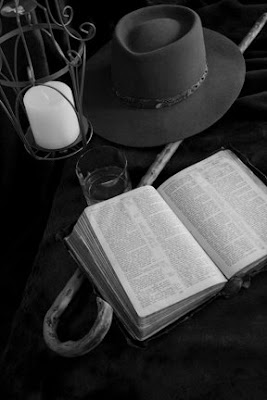 Light is the first and formost importance of a beautiful photo and getting it right holds the different in between a great image and an image that will just be OK. I've been working on a technigue that isn't as easy as it seems. It's all about adding that extra lighting when the lighting just wasn't there to begin with or maybe it was there but wasn't as dramatic as what I had hoped for.

I knew I wanted to work with candle light so I composed an image that I could visualize where the light was heading and what I wanted to stand out the most. At this point I wasn't too concerned with light. I need just enough to show detail and some shadowing. Then I imported the image and desaturated it. The next step was to get my base color on the image by giving the print and overall deep brown cast using the color adjustments. With a new layer above this one, change the blending mode to multiply and make it a smart layer. Now use the lighting effects to highlight the points of interest. I used two. One for the candle and one for the book adjusting the lighting effects for a soft yellow light. I then made another layer above this one and changed the blending mode to color dodge. Using a yellow and orange paint and the paint brush, the image started to come alive with every stoke of my brush. A little vignette on another layer and few extra things like highlighting the candle wick and the image was done.
Posted by Unknown at 4:24 AM No comments: